Skip to content
An almost obsessive focus on getting the best sustainable produce and cooking it simply, the mantra that has served the Naked Finn well seems to have rubbed off on its meat-focused sibling, Nekkid, which took over the shack vacated by the Naked Finn in mid 2015. Now in its almost third year of operation, Nekkid has been doling out some of the city’s tastiest lobster roll and burger, and as its menu evolves, made-scientist owner Ken Loon has been beefing up its menu (no pun intended) so that it could morph into the carnivorous equivalent of his famed seafood firstborn. 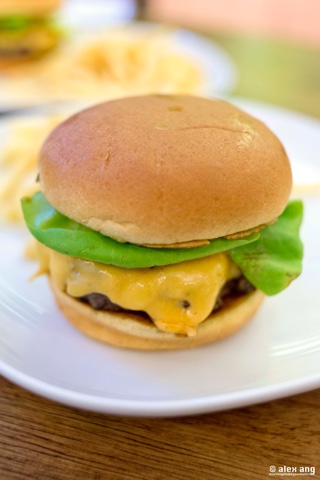 Given Loon’s fixation with pristine Hokkaido produce, it’s not surprising that Nekkid’s updated menu features a Hokkaido Beef Burger (S$25 for single patty, S$40 for double patty). The burger arrives stacked with a layer of minced Japanese beef (Kuroge wagyu cross with Holstein F1 beef neck and Holstein ribeye), tomato, Boston lettuce and double American cheese, with a side of shoestring truffle fries. Relative to Nekkid’s signature Basic Burger, which goes by the nickname of BB.7 (Basic Burger Version 7), the all-new Hokkaido Beef Burger is decidedly less beefy but remarkably more luscious and teems with a rounded flavour bursting with umami, thanks in no small part to a healthy baste of ponzu sauce before the meat is seared on the cast iron pan. 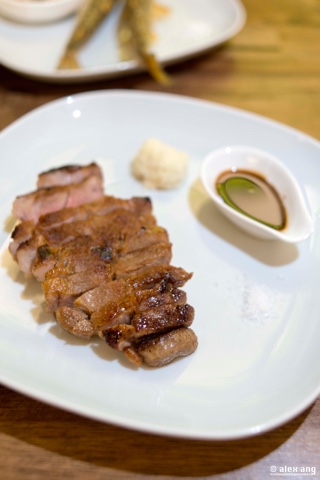 In addition to Secreto Iberico Pork, the menu now stars a Natural Pork Steak (S$20 for 200g) newcomer. Raised in the USA and fed on a diet of western wheat and barley, the hormone and antibiotic-free pork is dipped in made-in-Japan buta-don (pork bowl) tare sauce and grilled on a cast iron grill with nothing more than olive oil. While tender and mild tasting on its own, with a hint of umami from the tare sauce, the pork goes particularly well with a jerk of spice from grated yama wasabi. 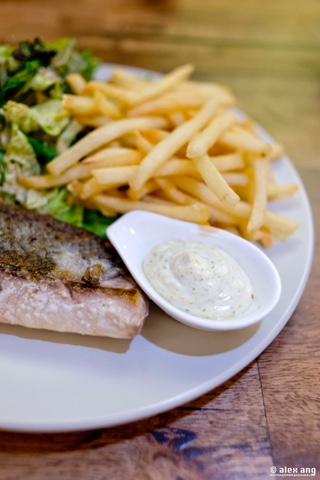 To cater to fish eaters, Loon has also slipped into the menu a line-caught Bluenose warehou (S$36 for 200g) from New Zealand. The thick fish steak is first baked then finished on the cast iron griddle with olive oil and served with house-made tartar sauce, lemon, locally farmed mesclun salad and a side of shoestring fries. Given the thickness of the fish, which in itself is mildly sweet, we reckon it will also take equally well to a generous finishing drizzle of extra virgin olive oil or, God forbid, a light lemon butter sauce.
Nekkid is often booked-up for events and given its limited capacity, reservations are highly recommended.
41 Malan Road, Singapore 109 454 | +65 6694 0940 |nekkidbar.com