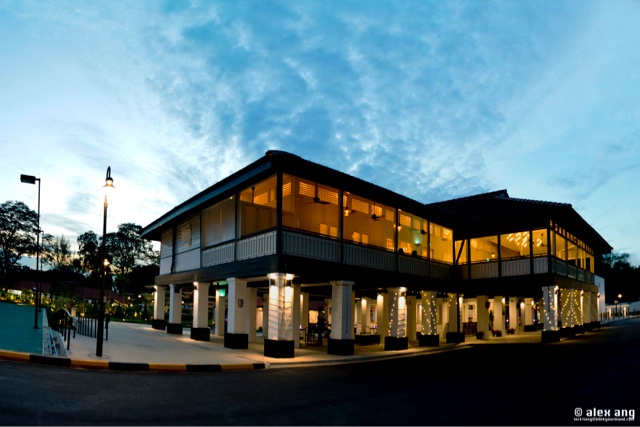 Menus: a 6-course (S$90) and a 10-course (S$128) Farm Collective menu; a la carte
In an age where cuisines, in general, are looking increasingly uniform across restaurants, the debut of The Summerhouse dining room (“Summerhouse”) gives us reasons to rejoice. Not least because its chef de cuisine chef, Florian Ridder, a native of Germany, cooks with a refreshingly unique approach that is neither the cookie-cutter modern French nor Australian that has flooded the market of late, the former sous chef of Alma by Juan Amador executes the restaurant’s farm-to-table ethos with a quiet commitment that (mostly) sings on the plate. Ridder cut his teeth at one Michelin-starred Piment and three Michelin-starred La Belle Epoque before he arrived in Singapore.
Putting paid to noise about the impossibilities of executing farm-to-table cuisine in Singapore, Summerhouse works closely with a collective of farms and “kelongs” (fish farms built on offshore wooden platform found in the waters) in both Singapore and Malaysia for its seafood and vegetable needs, while all herbs for garnishing dishes are plucked from its 10,400 sq ft edible garden curated by Edible Garden City. To bring out the best in these local produce, Ridder presents them quite simply in part, and sometimes a tad complex and these dishes are available via a 6-course and 10-course Farm Collective menu as well as the a la carte menu. From the 10-course menu, kelong-fresh tiger prawn is skilfully grilled to yield a sweet, succulent crunch and a lick of char. It is served with a dusting of burnt lemon powder, grated pistachio and a refreshing drizzle of Thai basil sauce flavoured with torch ginger flower. The stewed eggplant is also a winner; labelled as panzanella on the menu, the eggplant is baked, crushed, then marinated for two days (in a mixture of parsley, coriander, smoked paprika, preserve lemon and garlic) and tossed with goat’s cheese, a whisper of coriander oil and ultra-crisp crotons; it is finished with a drizzle of light and slightly acidic broth of Cameron Highlands tomato confit. At times when Ridder is unable to find the requisite quality with local vegetables, he looks overseas like in the case of the Australian beetroot – the root vegetable is oven-grilled, then slow-cooked in a raspberry pickling liquid and stuffed with a hearty mix of ricotta, fried onion, toasted black sesame and barley. The dish is made more remarkable with a finishing pour of sweet and zesty beetroot gazpacho perfumed with hibiscus leaf.  It’s worth highlighting that Singapore does not have its own pig farm and for his pork dish, Ridder features an iberico pork collar that’s cured, smoked and sous vide for 72 hours. The pork, however, arrives a tad dry, with nary a hint of smokiness although the accompanying condiments are completely faultless.
Housed in an 80-year-old, double-storied conservation bungalow built in the 1930s, Summerhouse was once home to the Royal Air Force’s Tech Wing Commander and is one of several establishments located in The Oval @ SAP. Apart from a 50-seat dining room, it also encompasses a 40-seat balcony bar on the upper deck and a 76-seat café on the ground floor.The wine list features a mix of old and new world wines, with a 20-strong list of natural wines plus a clutch of well-made cocktails (try the Dark & Stormy and Beetroot Sling).
3 Park Lane, Singapore 798 387; +65 8608 3340; thesummerhouse.sg